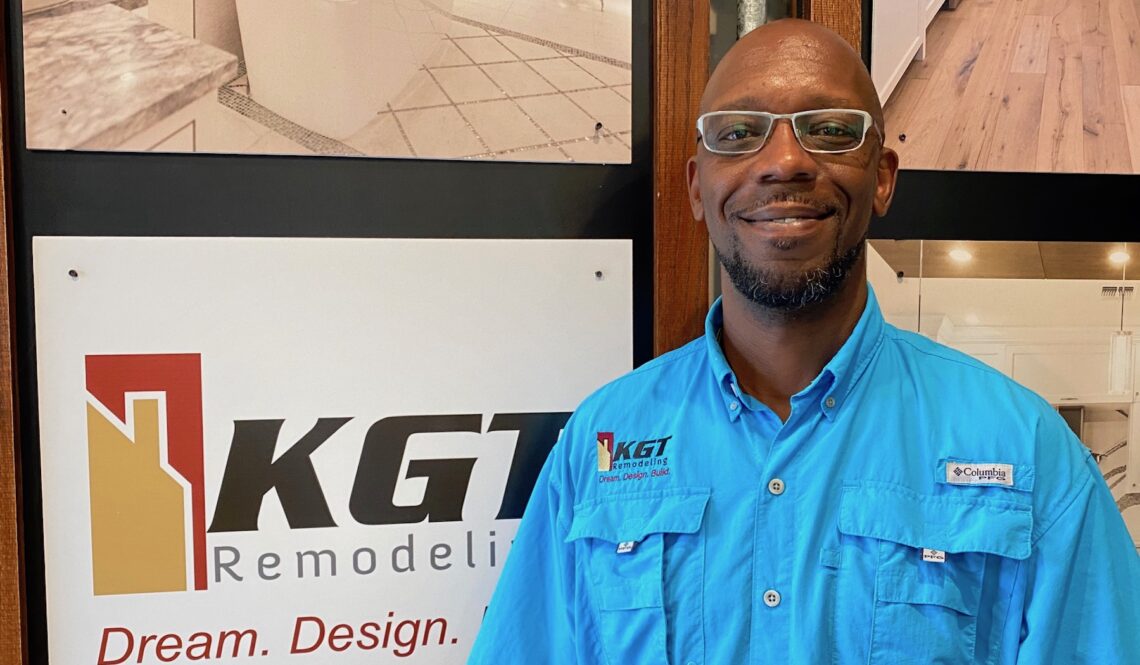 KGT Remodeling welcomed Corey Williams as Project Supervisor! Originally from Edwardsville, Illinois, Corey joined the KGT team four months ago, and we’re excited to have him on board.

Corey has worked in construction for about 12 years and brings experience in carpentry, as well as in customer service and sales to his new role. As the Project Supervisor, he coordinates the building process with contractors, ensuring that projects move ahead on schedule and that clients’ dreams come to life according to plan. He enjoys seeing the transformation that takes place throughout a renovation and plays a vital role in the design-build process.

He also brings experience gained from over a decade in the military. Corey served for 12 years in the U.S. Army, in Oklahoma, Texas and Germany. The retired Sergeant First Class shares that the comradery he experienced while in the military was the most enjoyable aspect of his dozen years of service.

When he’s not overseeing a project for KGT, Corey, a resident of Bonita Springs, enjoys playing tennis, spending time on the beach and taking bike rides. We’re grateful to have him on our team and thankful for his service to our country!

GET THESE POSTS IN YOUR INBOX